Who was Jett Travolta and how did he die? 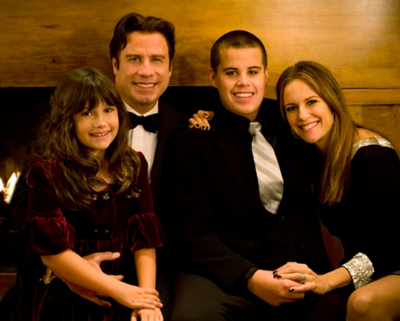 John Travolta's family life has been tainted by tragedy Credit: Handout
By Clara Gaspar
Dad John was initially suspected of wrongdoing in the treatment of his son.
The actor alleged he'd been blackmailed by Tarino Lightbourne, the ambulance driver who was called to attend to his son, and his lawyer Pleasant Bridgewater.
In a $25m extortion case, Lightbourne and Tarino were accused of demanding money from Travolta and threatening to release evidence to the media of Travolta's supposed wrongdoing.
However the trial ended in mistrial after a blunder by a Barbadian politician, which suggested the result of the trial before it was actually reached.  Read more >>
Posted by Anthony Derek Catalano at 9:47 AM