'White as hell': Portland protesters face off with Trump but are they eclipsing Black Lives Matter? 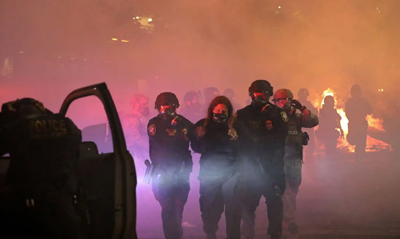