Warm temperatures baked Earth in the first half of 2020 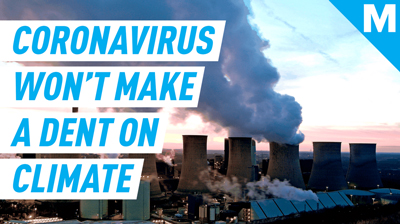 By Mark Kaufman
A grim trend continues.
Data from NASA's Goddard Institute for Space Studies confirmed you just lived through Earth's second-warmest January through June on record. In 140 years of direct surface measurements, only the first half of 2016 was hotter (which turned out to be the warmest year ever recorded). Already, 19 of the last 20 years are the warmest on record.
The planet is reacting to the highest levels of atmospheric carbon dioxide in at least 800,000 years, but more likely millions of years (carbon dioxide is a potent heat-trapping greenhouse gas). For decades, climate scientists have accurately predicted how much the climate would warm as humanity continually pumped CO2 into the atmosphere. The warming pattern persists.
"The recent data shows that the world is heating in line with predictions," Sarah Green, an environmental chemist at Michigan Technological University, told Mashable.  Read more >>
Posted by Anthony Derek Catalano at 7:40 AM