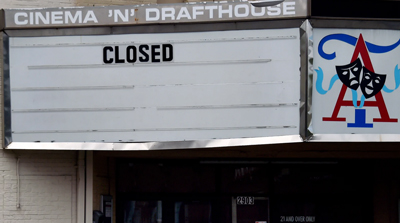 Image: via Getty (Getty Images)
By Rebecca Fishbein
Movies are in trouble. Ticket sales were already way down going into the pandemic, but with theaters nationwide closed for months—and in some states, indefinitely—they’re at astronomically low levels. Movie production’s been pushed back months, and maybe even years. Upcoming films have been pushing release dates. Things are looking rough for the industry
So says even the Academy of Motion Pictures Arts and Sciences, according to Deadline. Apparently, they’re concerned moviegoers are “breaking the habit” of watching movies—certainly in theaters, but maybe altogether. In a document in July, the Academy posed a concern about the “decrease of popularity of motion pictures, including by virtue of a slowdown in motion picture production on account of public health concerns.”
Apparently, this was a problem even before the shutdown. In June 2019, the New York Times ran a long feature on how the movie industry needed to adapt to streaming services and the rising popularity of prestige television. Some movies found ways to be seen—going right to streaming services helped, for instance, much to the detriment of movie theater companies—but the industry was suffering, especially when it came to the small studio productions who were outshined by (still underperforming) big budget blockbusters.  Read more >>
Posted by Anthony Derek Catalano at 8:39 AM