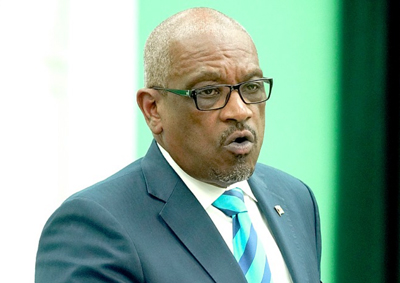 Prime Minister Dr Hubert Minnis
By RASHAD ROLLE
Tribune Staff Reporter
rrolle@tribunemedia.net
PRIME Minister Dr Hubert Minnis announced Monday that beaches and parks in New Providence, Paradise Island and Grand Bahama will be closed throughout the Independence Day holiday weekend, beginning 10pm on Thursday and ending 5am on Monday.
His action comes four days after Dr Merceline Dahl-Regis, the coordinator of the government’s COVID-19 response, said there is no more community spread of COVID-19 in The Bahamas as she explained why officials are not conducting more COVID-19 tests.
Dr Minnis’ announcement sparked criticism across social media. Progressive Liberal Party leader Philip Davis said the decision appeared arbitrary and devoid of a scientific basis.
During a national address on June 27, Dr Minnis announced that beaches in the aforementioned islands and Bimini would be immediately closed if there are mass gatherings. He also said that depending on the results of beach monitoring in the ensuing week, officials would determine whether the beaches will remain open or closed during the July 10 holiday weekend.
Since then, there have been no videos or reports of residents disobeying social distancing rules on beaches and Dr Minnis did not indicate in the House of Assembly Monday that he has received reports of people failing to adhere to the policy.
He said: “We are quite aware of the surge of the COVID-19 virus that’s occurring in the United States, particularly Florida, Texas, Arizona, which I will speak to later, and we are also aware of what may have contributed to some of the surge. Taking these matters into consideration, so as to avoid such activities within The Bahamas and possibility of introduction and subsequently spread, the beaches and parks of New Providence, Paradise Island and the surrounding cays and Grand Bahama will close on the 9th of July at 10pm until the 13th of July 5am on Monday.”  Read more >>
Posted by Anthony Derek Catalano at 9:26 AM