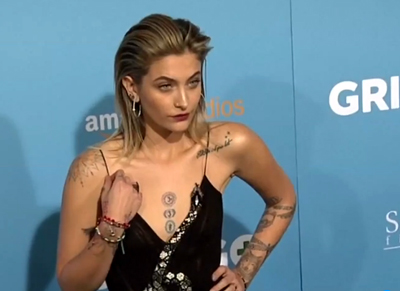 Paris Jackson
By Cydney Henderson
Hundreds of thousands of people aren't fans of Paris Jackson playing Jesus.
More than 274,000 people have signed a Change.org petition to prevent the distribution of the indie film "Habit," which critics say is "Christianophobic garbage."
"A new blasphemous Hollywood film is predicted to come out soon depicting Jesus as a lesbian woman," reads the petition, which was created one week ago.
The 22-year-old daughter of Michael Jackson was tapped to play the role of Jesus, alongside Bella Throne and Gavin Rossdale. A press release, according to Deadline and Entertainment Tonight, said "Habit" will follow "a street smart, party girl with a Jesus fetish (who) gets mixed up in a violent drug deal and finds a possible way out; by masquerading as a nun."  Read more >>
Posted by Anthony Derek Catalano at 8:05 AM