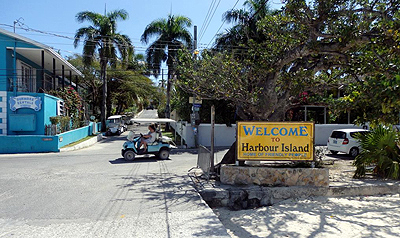 Welcome to Harbour Island - PhotoⒸDerekCatalano
By NEIL HARTNELL
Tribune Business Editor
nhartnell@tribunemedia.net
Opponents of a controversial Harbour Island marina project are hoping to force its ex-project manager to "shed light" on whether its permits are non-compliant with government approvals processes.
Br-Island Responsible Development Association (BIRD), in legal papers obtained by Tribune Business, is seeking a US federal court order to compel Bernard Ross, who has a history of convictions and run-ins with US law enforcement, to give up whatever inside knowledge he holds on 4M Harbour Island and its principal, Michael Wiener.
BIRD's move, made on Wednesday, comes just two weeks after it launched a second Judicial Review challenge to 4M's construction and other permits in the Bahamian Supreme Court. Its application to the south Florida federal court to force Mr Ross to provide testimony and evidence is thus an attempt to bolster legal manoeverings aimed at thwarting the developer's ambitions.
Alleging that Mr Ross should possess "first-hand knowledge and information" relating to 4M's efforts to build a "steel metal 'artificial island'" and dock, as part of its Briland Residences and Marina project, BIRD and its members are alleging that the developer has violated Justice Diane Stewart's October 17, 2019, order that all permits be obtained in compliance with the law and established procedures.  Read more >>
Posted by Anthony Derek Catalano at 9:20 AM