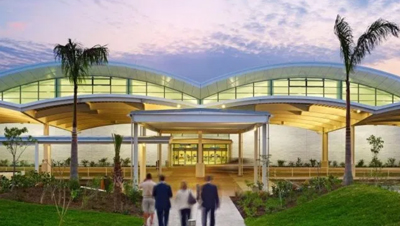 So far, so good at the Lynden Pindling International Airport (LPIA) in terms of reopening the country’s borders to international commercial flights in a COVID-19 environment.
After six flights each on Wednesday and Thursday, LPIA was to welcome another three on Friday.
NAD President and CEO Vernice Walkine said beginning July 7th, another 10 flights are expected.
“Between 9 and 10 flights a day is what we will obtain for the rest of July. We’re already looking forward to August where the number of daily flights is projected to go up to as much as 29 per day, so the outlook is positive and the operations are going well I’m pleased to say,” she said.
The tourism industry has taken quite a hit.
The latest data coming in from the NAD shows that the total international departures were just 238 in May compared to the 15.8 per cent growth to 139,376 recorded during the same period last year.
From January to May, aggregate departures dropped by 49.1 per cent, a dramatic shift from the 19.9 per cent expansion during the same period in 2019.
Behind the outturn was a nearly 50 per cent drop from the country’s largest market – the United States.  (source)
Posted by Anthony Derek Catalano at 11:54 AM