Munroe to challenge new state of emergency; argues there can only be one proclamation per event 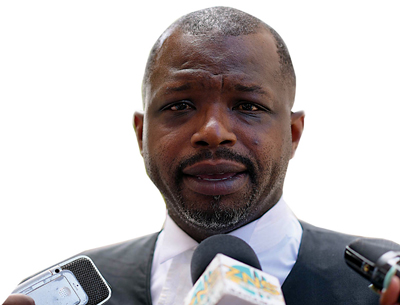 Wayne Munroe
By Jasper Ward
Wayne Munroe, QC, said yesterday he intends to challenge the state of emergency proclamation issued by Governor General C.A. Smith on Monday, noting that there should only be one proclamation per event.
This is the second proclamation declared since the COVID-19 pandemic started in March.
“We’re going to have to make some changes, which I hope to make today and hopefully file tomorrow at the latest,” Munroe told The Nassau Guardian.
“The allegations would be that this breaches constitutional rights because just about every one of your constitutional rights are affected by these orders: your freedom of movement, freedom of assembly, even your freedom of worship is affected.”
In the House of Assembly on Monday, Prime Minister Dr. Hubert Minnis gave notice of a resolution to extend the previous state of emergency from June 29 to July 31. The government planned to debate the extension the following day – Tuesday. However, it was later revealed that the emergency proclamation and accompanying orders would expire Tuesday at midnight.
Attorney General Carl Bethel said the oversight was on the part of the Office of the Attorney General, as draftspersons were focused on the budget.
“It inescapably was an oversight and there’s no excuse for it,” he said Monday afternoon.
“My office and I, representing my office, would have to take responsibility for it that it was an oversight.
On Monday, the governor general issued a new proclamation of emergency.  Read more >>
Posted by Anthony Derek Catalano at 7:59 AM