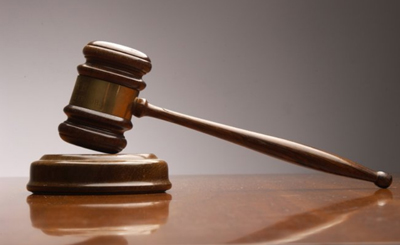 By FARRAH JOHNSON
Tribune Staff Reporter
fjohnson@tribunemedia.net
A PREGNANT woman who admitted to hitting a teenager with her car earlier this week was sentenced to six months in prison in Magistrates Court yesterday.
Tiffany Johnson, 23, appeared before Senior Magistrate Carolyn Vogt-Evans charged with assault with a dangerous instrument and causing harm, after she was accused of assaulting and injuring a 17-year-old boy with her vehicle on July 20.
During her hearing, Johnson, who is four months’ pregnant, pleaded guilty and was sentenced to six months at the Bahamas Department of Correctional Services for count one and three months at BDCS for count two. Both sentences were ordered to run concurrently.
The court heard the teen was walking in the Nassau Village area when a woman drove her vehicle in his direction. The prosecution said although the teen managed to jump out of the way, he still got hit by the car which resulted in him sustaining minor injuries. As a result, the boy and his mother requested police action. An investigation into the matter led to Johnson’s arrest. During an interview with police, she admitted to seeing the teen when she was driving her car on the day in question, but denied knocking him down.  Read more >>
Posted by Anthony Derek Catalano at 7:58 AM