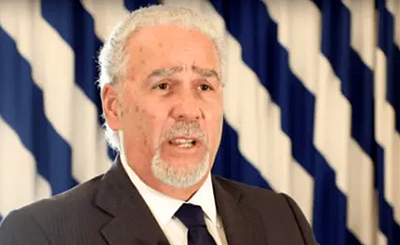 Chief Justice Brian Moree
By EyeWitness News
NASSAU, BAHAMAS — The Office of the Judiciary has launched an internal investigation after a viral video recording depicted several people partying in a courtroom at the Magistrates Court complex.
In the clip, several people can be see drinking and dancing to loud music without facial masks or adequate social distancing.
Chief Justice Brian Moree confirmed while some of the individuals who appear in the recording are court staff, others do not appear to be employed by the Judiciary.
“The scenes shown on the video do not reflect the standards and professionalism of the members of the Court staff in discharging their duties to the public,” Moree said in a statement.
“We are cognizant of the importance of preserving the decorum of court buildings and the dignity and fairness of all court proceedings. For these reasons, we regard the incident shown on the video as a serious matter which requires our urgent attention and action consistent with maintaining public confidence in the administration of justice.”
According to Moree, the event is alleged to have taken place last Thursday.  Read more >>
Posted by Anthony Derek Catalano at 9:58 AM