If Alcohol Were Discovered Today, Would it be Legal? 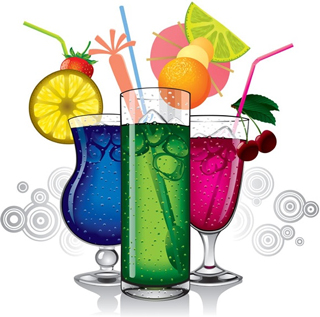 image:dlpng.com
Written by David Nutt / Cambridge's UIT Press
We are currently facing a public-health crisis of immense proportions. The increase in harms caused by alcohol over the last 50 years in the UK is comparable to the Gin Craze in the early 18th century, when the urban poor of London were consuming a pint of gin a day per head on average.
Recent annual statistics show:
40,000 deaths, including 350 just from acute alcohol poisoning and 8,000 from cirrhosis of the liver. More than a million hospital admissions in 2007/8 (including 13,000 under-18s), costing the NHS £2.7 billion.
7,000 road traffic accidents, including 500 deaths.
1.2 million violent incidents and 500,000 crimes, costing the police £7 billion. In addition:
40% of domestic violence cases involve alcohol, as well as 50% of child protection cases.
3.5 million adults in the UK are addicted, and up to 700,000 children live with a parent with a drink problem. 6,000 children a year are born with fetal alcohol syndrome each year.
Globally, the main burden of disease in 15- to 24-year-old males is due to alcohol, outweighing unsafe sex, illicit drug use, and physical accidents combined.
The total economic cost has been calculated as £30 billion a year – though some calculations estimate it may be as high as £55 billion.
The drinks industry responds to critiques like mine by saying that alcohol misuse affects only a “minority.” Clearly, alcohol harms don’t affect just a minority, they affect all of us – as victims of car crashes and street violence, as patients, as families of hazardous drinkers, and as taxpayers. Reducing these harms and associated costs is a huge public-health challenge that ought to be a top priority for our policy makers. Unfortunately, while the Labour government was talking “tough on drugs,” trying to score political points by making cannabis Class B, banning mephedrone and exaggerating the harms of ecstasy, they missed the growing epidemic around the most harmful drug of all – or more accurately just looked the other way.  Read more >>
Posted by Anthony Derek Catalano at 8:48 AM