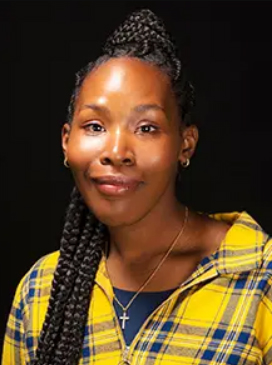 Shanea Strachan
NMHU News
Las Vegas, N.M. – Shanea Strachan, a New Mexico Highlands University media arts and technology alumna, received a United Kingdom Chevening Scholarship to enroll at Bournemouth University in Dorset, England to pursue a master’s degree in producing film and television.
The British High Commission Nassau awarded Strachan, a Freeport, Grand Bahama native, the scholarship. She is the only Bahamian to receive the honor this year.
“My passion is to focus on original content creation of television shows and movies,” Strachan said. “The stories that are most important to me are true stories. The stories of those who have been silenced by fear or silenced by shame. I want my films and television shows to be the platforms that give them a voice, breaking the silence and bringing hope to others.”
Strachan, age 28, earned her Bachelor of Fine Arts degree from Highlands in 2014 with an emphasis in film. She worked in film production for several years in the film industries in New Mexico and Georgia. In 2018, Strachan returned home to the Bahamas and began working for the Broadcasting Corporation of the Bahamas at the ZNS Northern Service.  Read more >>
Posted by Anthony Derek Catalano at 8:55 AM