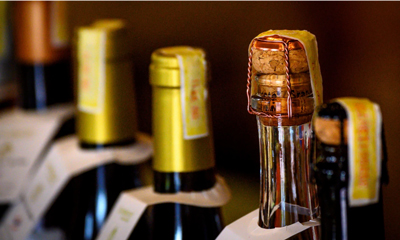 Bottles of wine. Photo: Mladen Antonov/AFP (Getty Images)
By Ed Cara
Experts are saying there shouldn’t be a gender gap when it comes to safer drinking. On Thursday, a committee of experts brought together by the U.S. government to work on updating the country’s Dietary Guidelines for Americans released their recommendations. Among them: Both men and women should limit their consumption of alcohol to one drink on days they decide to drink, a reduction from the two drinks that men were previously advised to stick to.
The U.S. Dietary Guidelines for Americans are intended to provide a baseline of nutritional advice to people; they also influence federal policies and programs involving food and nutrition, such as school meal programs. The guidelines are updated every five years through a joint effort by the U.S. Department of Agriculture (USDA) and U.S. Department of Health and Human Services. As part of this process, a committee of outside experts is asked to review and analyze the latest nutrition science and offer possible changes to the guidelines. The report of their work was released Thursday on the official website for the dietary guidelines.
The conventional wisdom has been that men can safely tolerate more alcohol than women, possibly due to their larger average body size. But increasing evidence is starting to show that the limits of safe drinking are lower than we’ve assumed—“safe” meaning that it won’t significantly increase the risk of heart disease, cancer, injuries, violence, and other health problems associated with alcohol. Men also tend to suffer the most harm from alcohol-related disorders and have higher rates of binge and chronic drinking.  Read more >>
Posted by Anthony Derek Catalano at 7:16 AM