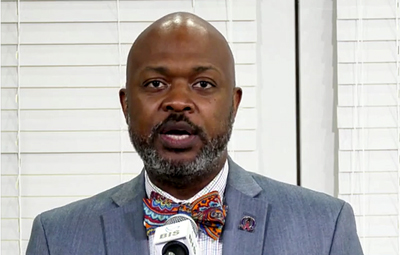 Dr. Delon Brennen
By FARRAH JOHNSON
Tribune Staff Reporter
fjohnson@tribunemedia.net
A MOTHER and daughter who contracted COVID-19 while abroad broke quarantine rules when they returned to Grand Bahama and subsequently infected eight other people with the disease, according to Deputy Chief Medical Officer Dr Delon Brennen.
His revelation during a Ministry of Health press conference on Friday renewed concerns about the enforcement of quarantine rules as the country battles a surge of COVID-19 cases.
Prime Minister Dr Hubert Minnis announced on April 27 that people who breach quarantine rules could be fined $20,000 or be imprisoned for five years.
Yesterday, Assistant Superintendent of Police Audley Peters said to his knowledge no one has been charged with breaking quarantine rules to date.
Dr Brennen said the pair of Grand Bahama residents returned to the country without “necessarily having the appropriate testing” because they were Bahamian residents.
“They were asked and required to quarantine,” he said. “Unfortunately, through contact tracing we were able to find out from them that they had visitors to the house, they then went out into (the) community as well and when we were able to do swabbing within their contacts, we found at least eight other people who had been in contact with them that ended up being positive cases as well.”  Read more >>
Posted by Anthony Derek Catalano at 8:16 AM