GBCH preparing for return of residents by end of July 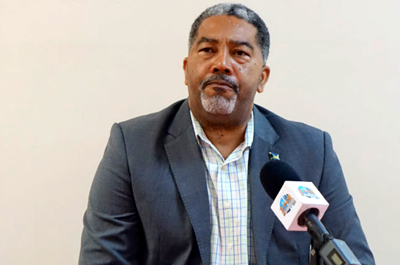 FRANKIE CAMPBELL, Minister of Social Services and Urban Development
By FN Reporter Jaimie Smith
After being away from their comfort zone, The Grand Bahama Children’s Home, for more than nine months, the young residents are anxiously waiting to return and should be back by the end of this month.
The 30-plus youngsters were displaced last year September, after Hurricane Dorian devastated their home. They were quickly transported to similar facilities in New Providence, where they have been, while the GBCH was being renovated.
Minister of Social Services and Urban Development Frankie Campbell, after touring the facilities recently along with the Director of Social Services Lillian Quant-Forbes and a delegation from the Department of Social Services, said that the children could be home by the end of July.
“I am pleased on a number of fronts,” Campbell said when questioned progress of work being carried out at the Home by the local Grand Bahamian owned and operated construction company, Spartan Builders.  Read more >>
Posted by Anthony Derek Catalano at 9:07 AM