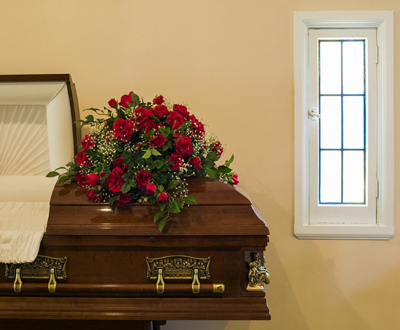 Prime Minister Dr. Hubert Minnis announced on Friday that weddings and funerals that had been scheduled for the next day could only happen with a maximum of five people.
By Rachel Scott
Emerald Memorial Mortuary Funeral Director Wendell Dean said yesterday Prime Minister Dr. Hubert Minnis owes an apology to grieving families, as he decried the “double standard” that allowed a wedding on Harbour Island to continue as planned over the weekend, while funerals were postponed due to a weekend lockdown.
“I would dare to say, seeing that the prime minister took the initiative to apologize to the persons who went into quarantine after coming into The Bahamas last week, I would think it would be most appropriate for him to apologize to all of these families who had to suffer additional grief and sorrow because of cancellations, postponements, and for their anxiety levels being raised because of the bad decision that was made on Friday,” Dean said.
He added, “What’s good for the goose should be good for the gander. I was told that those persons wrote in and requested special permission to continue their wedding plans as they were previously scheduled.
“I see that as being very disingenuous in that I didn’t know that I could have written in to the competent authority or whoever the officials were to request special permission for our funerals to be carried on in the normal manner, as they would have been planned for the weekend. We were only able to abide by what the last minute order said as it relates to funerals and weddings.
“So, it is a double standard, to be frank with you, that we were not afforded the same privileges.”  Read more >>
Posted by Anthony Derek Catalano at 7:31 AM