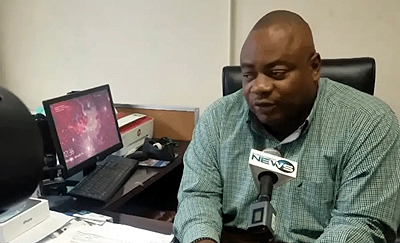 Police Staff Executive (PSA) Executive Chairman Sergeant Sonny Miller
By Royston Jones Jr.
Police officers among new infections in GB
NASSAU, BAHAMAS – As cases of the coronavirus explode in Grand Bahama, Police Staff Association (PSA) Executive Chairman Sergeant Sonny Miller said fears have grown among officers, some of whom have tested positive for the virus in recent weeks.
Miller commended the unreserved willingness of officers to remain on the frontlines, particularly as Grand Bahama prepares for a potential complete lockdown.
He was unable to provide further details on the number of officers who have been infected, but pointed to the latest case of Deputy Prime Minister’s police aide testing positive for the virus in Grand Bahama last Friday.
The deputy prime minister tested negative for the virus and has opted for voluntary self-quarantine.
“The numbers in Grand Bahama have skyrocketed, which also included police officers,” Miller told Eyewitness News, though he said he was not at liberty to provide the figures.
“Police officers have tested positive and I can say to you that the members in the frontlines, the Police Staff Association’s members in the frontlines, have shown signs of being in fear…  Read more >>
Posted by Anthony Derek Catalano at 9:20 AM