Cannabis Reform - ‘Get On With It’ 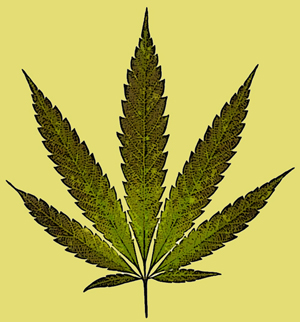 By LEANDRA ROLLE
Tribune Staff Reporter
lrolle@tribunemedia.net
MEMBERS of the Rastafarian community say they want the government to stop “dragging their feet” on marijuana law reform, noting the drug, if legalised, could help aid the country’s economic recovery from the COVID-19 crisis.
Head of the Ethiopia Africa Black International Congress (EABIC) Bahamas branch, Priest Rithmond McKinney said while he understands the health crisis might have put a wrench in the government’s plans towards reforming marijuana legislation, he feels the government should stop dragging its feet on the matter, especially given the potential economic benefits of the drug.
“We are watching, we are waiting, and we see the slow process,” he told The Tribune yesterday.
“As you know, I am also a part of the (marijuana) commission and we all know that the during the pandemic and even before the pandemic, the hurricane also put a halt in the commission’s process along with the government.
“We feel as though the AG (Attorney General), the AG’s Office is really dragging their feet. I know the Prime Minister is busy and the Prime Minister has taken it upon his office but also, the AG’s Office has the responsibility to set the laws.”
His comments come after Bahamas National Commission on Marijuana co-chairs Bishop Simeon Hall and Quinn McCartney told The Tribune on Sunday that group members intend to reconvene their work very soon.  Read more >>
Posted by Anthony Derek Catalano at 8:46 AM