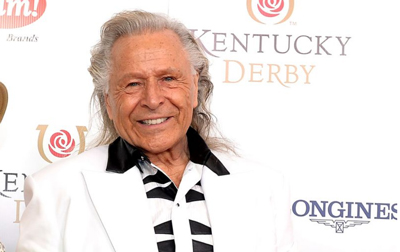 Peter Nygard in 2016. (Gustavo Caballero)
By John Annese
Clothing magnate Peter Nygard is pursuing a new front in his long-running legal feud with a wealthy Bahamas neighbor he blames for accusations that he sexually assaulted dozens of women.
A Manhattan federal judge last week gave Nygard permission to claim that the dozens of sex assault allegations against him are part of a “malicious and well-funded conspiracy” by the neighbor, billionaire hedge-funder Louis Bacon.
Nygard did so Tuesday in a new 145-page Manhattan Federal Court court complaint against Bacon. The complaint — the latest twist in an epic, years-long feud between the men — alleges that Bacon paid women to make up stories about him.
In the new complaint — foreshadowed in court papers filed last year — Nygard alleges that Bacon “orchestrated lawsuits and media attacks ... often supported by fabricated and manufactured evidence, and often made through payments, threats , coercion and intimidation.”
A class action lawsuit separate from the suit between Nygard and Bacon accuses Nygard of sexually abusing dozens of women in the United States, the United Kingdom, Canada and the Bahamas.  Read more >>
Posted by Anthony Derek Catalano at 5:32 AM