Bill Gates, a Billionaire, Says Covid-19 Drugs and Vaccines Should Not Go to ‘Highest Bidder’ 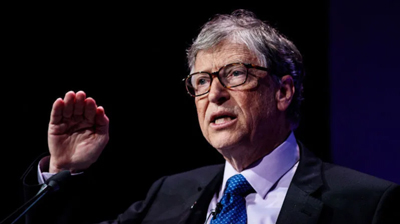 Microsoft founder Bill Gates said it’s important for covid-19 treatments and vaccines to go where they’re most needed and not just to the highest bigger.Photo: Jack Taylor (Getty Images)
By Jody Serrano
Microsoft founder Bill Gates, a billionaire, said a good and right thing on Saturday. Gates called on leaders to make sure that future covid-19 drugs and vaccines to the people and countries that need them most, and not just to the highest bidders.
Speaking at a virtual covid-19 conference hosted by the International AIDS Society, Gates highlighted a growing concern among international government and public health officials: Once there are drugs and vaccines, who will get them first? According to Gates, it’s important to consider not only who can pay for these treatments, but also who and where they’re needed most.
“If we just let drugs and vaccines go to the highest bidders instead of to the people and the places where they’re most needed, we’ll have a longer, more unjust, deadlier pandemic,” Gates said. “We need leaders to make these hard decisions about distributing based on equity, not just on market-driven factors.”  Read more >>
Posted by Anthony Derek Catalano at 8:34 AM