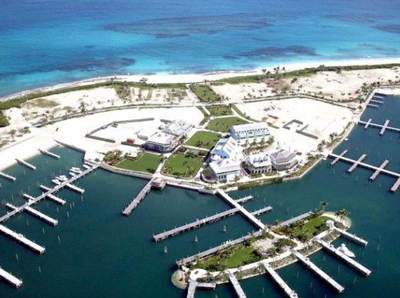 By Paige McCartney
Bahamian Contractors Association (BCA) President Michael Pratt said yesterday it’s up to the developers of Baker’s Bay to ensure the proper skills transfer from those 135 Mexican specialized workers to Bahamians.
Some Bahamians were in an uproar last week upon the arrival of the Mexican nationals from the Global Workforce – a group that specializes in the recovery and reconstruction of hurricane-ravaged communities – even though the government had indicated from last year that Baker’s Bay developers had requested work permits for the foreign laborers.
Pratt said while the private developer has the right to choose which companies work on its project, its heads of agreement signed with the government would have stipulated some skills transfer, which he hopes is applied in this instance.  Read more >>
Posted by Anthony Derek Catalano at 9:08 AM