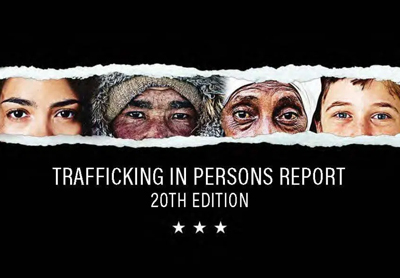 NASSAU, BAHAMAS — The government has maintained its ‘Tier 1’ ranking in the U.S. Department of State’s 2020 Trafficking in Persons Report for the sixth consecutive year.
The ranking signals the country has satisfied the minimum standards for the elimination of trafficking; however, the State department raised concerns about the lack of trafficking convictions; court delays; and the deportation of hundreds of Haitian nationals in the aftermath of Hurricane Dorian.
The report also noted that funding for victim services had decreased.
“The government continued to demonstrate serious and sustained efforts during the reporting period; therefore The Bahamas remained on Tier 1,” read the TIP report.
“These efforts included significantly increased investigations of traffickers, increased identification of victims, implementing the national action plan, and continuing anti-trafficking training for 239 officials despite widespread destruction from a Category 5 hurricane hitting the islands in September 2019.
The report stated: “Although the government meets the minimum standards, it did not convict any traffickers; court proceedings continued to face delays; authorities inconsistently applied screening procedures to vulnerable populations, in particular to hundreds of Haitians deported after the hurricane; and funding for victim services decreased.”
According to the report, authorities investigated 16 potential traffickers, 11 for sex trafficking investigations and five for labor trafficking, compared to two new investigations in 2018 and 11 to 15 investigations annually in the preceding six years.
Authorities reported initiating two prosecutions for sex trafficking during the reporting period, compared to one initiated in 2018.  Read more >>
Posted by Anthony Derek Catalano at 9:18 AM