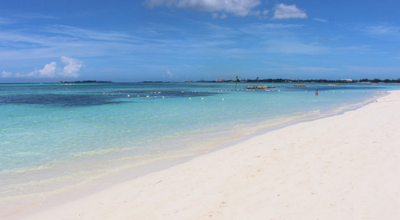 Nassau, Bahamas
By Caribbean Journal Staff
The Bahamas has closed its borders to international commercial flights from the United States, the country announced Sunday.
The move comes due to what officials called a “continued increase in COVID-19 cases in the United States, as well as an uptick in cases in The Bahamas.”
Prime Minister Dr Hubert Minnis announced the decision, which takes effect Wednesday, July 22 at midnight.
Outgoing flights will be permitted to accommodate any current visitors scheduled to return to the United States after Wednesday, July 22, the government said.  Read more >>
Posted by Anthony Derek Catalano at 9:30 AM