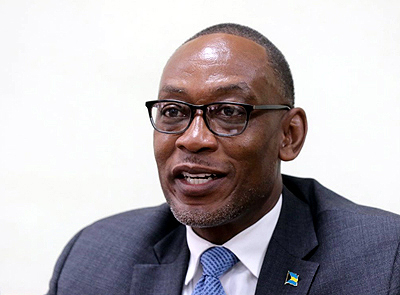 Mark Humes, MP, chairman, 2020 National Independence Celebrations committee
By Deandrea S. Hamilton
#NASSAU, The Bahamas – July 1, 2020 – The Commonwealth of The Bahamas will observe its 47th Independence under the theme ‘Pressing Onward: A time of Hope, Triumph and Transformation’ this July 10 and we are in the midst of preparing a spectacular national celebration, said the Mark Humes, MP, chairman, 2020 National Independence Celebrations committee, during a press conference June 30.
Due to the COVID-19 pandemic the committee is preparing a four-hour, made for television, virtual Independence programme, produced by Andrew Burrows, that will air Thursday, July 9.
Mr. Humes said, this Independence will be historic as for the first time in the nation’s history Bahamians will not be able to gather en masse for celebrations on Bay Street, at Government House or at historic Clifford Park – the site of every major Independence celebration from the downing of the Union Jack to the raising of the black, aquamarine and gold Bahamas National Flag in 1973.
This made-for-television Independence special will be in keeping with tradition and will feature a star-studded cast of young Bahamian sketch comedic artists who are making a splash all over social media – including YouTube, Facebook, Twitter and tik-tok.  Read more >>
Posted by Anthony Derek Catalano at 9:02 AM