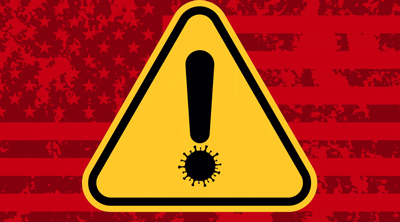 Until we have effective and safe medications, a proven vaccine and better testing, our best shot at getting control would be to again close many businesses and activities. Photo Illustration by The Daily Beast / Photos Getty
By Irwin Redlener
If someone had suggested five months ago that we would be seeing more than 3 million cases and 135,000 COVID-19 deaths in the U.S. by mid-July, I wouldn’t have believed it.
But now it’s distinctly possible that, five months from now, half of all Americans could have been infected with SARS-CoV-2, and more than 800,000 Americans may die in this extraordinary outbreak. That is what many of our most prominent public-health experts now expect.
Could their projection models be off base? Maybe. But don’t count on it. As bad as the health consequences, disruptions, restrictions, and fear of the last five months have been, things could get a whole lot worse.  Read more >>
Posted by Anthony Derek Catalano at 7:59 AM