AG: the government will do the right thing to ‘save this country’ 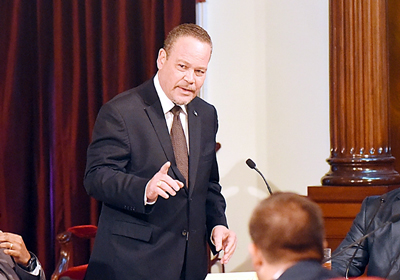 Carl Bethel
By Krystel Brown
Attorney General Carl Bethel conceded on Friday that the government’s attempt to balance the reopening of the economy “may have gone too far”.
“We have to do what is right to protect the Bahamian people,” he said as he led debate on a resolution to extend the state of emergency to September 30.
“We have to find the correct medium… by which we are able to sustain… life and health, but second of all, economic activity and a move towards an appropriate balance between these two undertakings.
“It must be conceded that the balance may have gone too far towards liberty – if you will, freedom of travel.
“The finding that travel related to Bahamians traveling to South Florida is not an invention in the head of the government.  This is, we understand, a conclusion from the medical profession based on their contact tracing, based on all of the information they have received from those who have presented with symptoms.”
Bethel said the spread to other Family Islands was largely, but not entirely, due to travel.
“There were documented instances where there were persons who had traveled to Florida and subsequently traveled to other Family Islands,” he said.
Since the borders fully reopened on July 1, COVID-19 cases have skyrocketed.  Read more >>
Posted by Anthony Derek Catalano at 5:45 AM