A nightmare scenario for farmers is happening right now 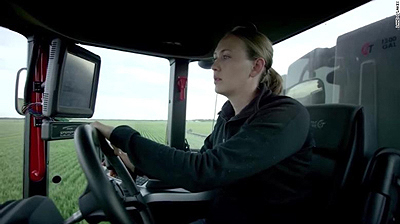 By Danielle Wiener-Bronner, CNN Business
New York (CNN Business) - In early July, farmer Jeremy Storey dropped off an order of eggs at a restaurant's back door as planned and continued on his way.
But six hours later, he got a call from the building's landlord that the eggs were never collected — the restaurant had suddenly closed because a staff member tested positive for Covid-19, and nobody canceled the order.
After half a day in the hot sun, the eggs could no longer be eaten. So Storey drove back to pick them up and took the loss.
"Half the restaurants we're going to now, we find out upon delivering to them that they're closed," he said. "A lot of times I'll pull up to restaurants and I'll just have to read the sign on the front door whether they're open or not."  Read more >>
Posted by Anthony Derek Catalano at 9:02 AM