Uriah McPhee, The Death That Solidified Black Power Politics in The Bahamas 1968 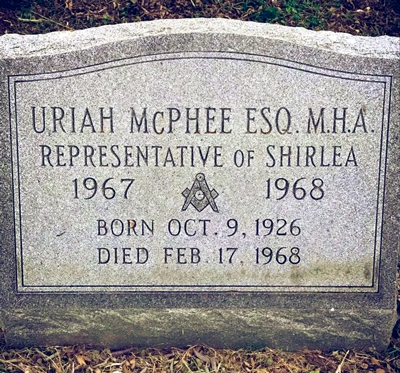 By Bahamianology
Nestled between Augusta and Nassau Streets, in the heart of old Nassau, there rests in the solemn, underbrush challenged Western Cemetery, a headstone. This headstone marks one of the most important deaths in Bahamian political history.
Uriah McPhee’s life was tragically cut short, by illness, on 17th February 1968. He died in Boston, Massachusetts. His death however, set off a remarkable chain of events. Uriah’s sudden demise, helped to solidify the neophyte Black Power political movement, in The Bahamas. His passing, in the most unforeseen twist of fate, began the confirmation of Premier Lynden Pindling and the Progressive Liberal Party, legacy in Bahamian history.  Read more >>
Posted by Anthony Derek Catalano at 6:43 AM