Unraveling The Mysterious Death of Sir Harry Oakes in the Bahamas 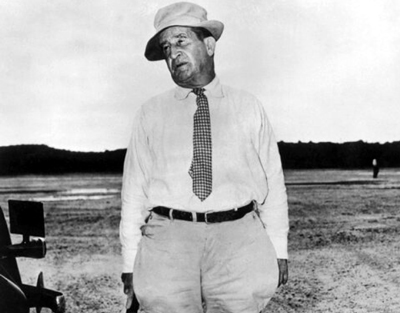 Sir Harry Oakes - Take one very rich man, family hatreds, financial secrets, Nazi sympathizers and the notorious Duke and Duchess of Windsor, and what do you get?
Written by Nancy Bilyeau
It was July 8, 1943,  an hour after dawn; a time and a season for everything to be quiet and slow-moving on the island of New Providence in the Bahamas. But not this morning. Frantic phone calls destroyed the drowsy, sultry calm. The largest landowner in the Bahamas, a man worth $200 million, had been found dead, and the cause was anything but natural.
Sir Harry Oakes, 68, born and raised in Maine, possessor of a Canadian gold-mine fortune and a British title, had been bludgeoned to death in the bedroom of Westbourne, his bougainvillea-adorned Nassau estate. From the looks of the crime scene, he’d also been set on fire. The walls bore bloodstains. Feathers were everywhere, their source a torn pillow, although some of the wilder rumors claimed they came from a chicken, evidence of a voodoo ritual.  Read more >>
Posted by Anthony Derek Catalano at 7:31 AM