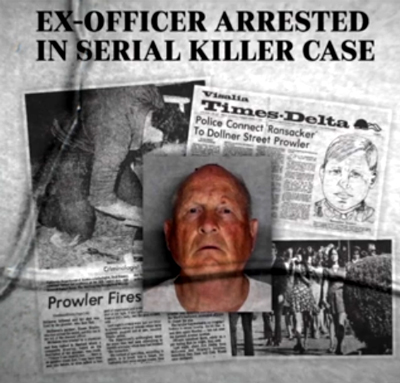 By Madeline Holcombe, CNN
(CNN) - Victims of the Golden State Killer and their families waited through his 13-year crime spree. Then, they waited through decades of investigation into his identity.
With his guilty plea, they can now finally get the closure of facing him in court.
A free genealogy database led authorities to Joseph James DeAngelo, whose 2018 arrest brought an end to investigations into dozens of burglaries, kidnappings, rapes and murders dating back to 1975.
On Monday, he pleaded guilty to 13 counts of first-degree murder and special circumstances -- including murder committed during burglaries and rapes -- as well as 13 counts of kidnapping, and he acknowledged more than 50 rapes he was not charged for because of California's statute of limitations.  Read more >>
Posted by Anthony Derek Catalano at 9:11 AM