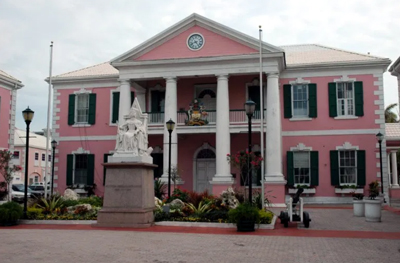 By ZNS Bahamas
An Opposition MP has thrown out a challenge to her parliamentary colleagues.
Englerston representative Glenys Hanna-Martin proposes that House members all take at least a 20 per cent salary reduction.
Citing the prime minister of New Zealand, Mrs. Hanna-Martin charged that when “we are asking our people to make sacrifices, we should lead by example.”
“We have seen it before,” she said. “When former Prime Minister Hubert Ingraham instituted such a cut during a period of austere measures, we on this side supported that measure. We would do so again.”
At the time, the global financial downturn forced Mr. Ingraham to take a 10 per cent salary cut while imposing a five per cent cut on members of the House of Assembly and the Senate.
Duty allowances for ministers were also reduced by half.  (source)
Posted by Anthony Derek Catalano at 8:51 AM