Measures Are Not Enough, Says Davis 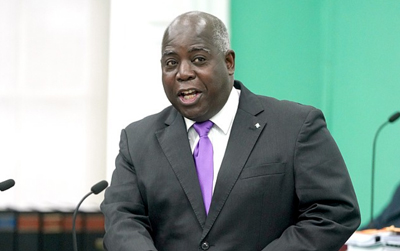 PLP leader Philip 'Brave' Davis
By TANYA SMITH-CARTWRIGHT
tsmith-cartwright@tribunemedia.net
MINUTES after Prime Minister Dr Hubert Minnis addressed the House of Assembly on further COVID-19 relaxations, PLP leader Philip “Brave” Davis said the measures do not provide enough relief for the “angst” people are experiencing.
In his contribution to the House of Assembly yesterday, Dr Minnis advised Parliament about the reopening of beaches on New Providence, Grand Bahama, Bimini and Paradise Island on June 29. He also announced the countrywide curfew now starts at 10pm nightly as opposed to the 9pm time previously enforced.
Among other changes, he said spas and gyms can also reopen on July 1, while restaurants — except for those at Arawak Cay — can immediately resume indoor dining with strict protocols. Businesses can also now close at 8pm nightly, instead of 7pm.
When asked for comment on the announcements, the PLP leader said Dr Minnis’ decisions “have continually produced chaos, pain and confusion.”
He added: “I don’t know what he intends to do now or not do anything to alleviate those three things that I said continues to afflict us - confusion, chaos and angst. One hour? Well I guess any relief that persons seem to be getting from this form of seemingly oppressive measure is a relief. But, what difference does an hour make?”
The opposition leader said he has admonished the government for some time to be wise in the decision making, but he is unclear about the extension of COVID-19 emergency orders to July.  Read more >>
Posted by Anthony Derek Catalano at 4:36 PM