Despite Curfews And Heavy Police Presence, Protests Persist Across The Country 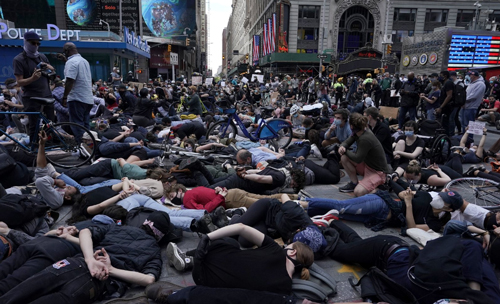 Protesters lie on the ground with their hands behind their backs in New York City's Times Square Monday evening. Timothy A. Clary/AFP via Getty Images
One week after the death of George Floyd in the custody of Minneapolis, Minn., police, demonstrations against police brutality and systemic racism continued across the United States. Many cities imposed curfews and President Trump again warned he would order active duty military forces to restore order if state and local governments, in his judgement, failed to do so.
Here are details of some protests around the country.  Read more >>
Posted by Anthony Derek Catalano at 9:13 AM