CDC says U.S. has ‘way too much virus’ to control pandemic as cases surge across country 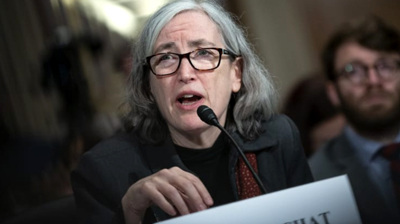 Anne Schuchat, director of the Centers for Disease Control (CDC), speaks during a U.S. Senate Committee on Health, Education, Labor, and Pensions hearing at the U.S. Capitol in Washington, D.C., on Tuesday, March 3, 2020. Stefani Reynolds | Bloomberg via Getty Images
By William Feuer
The coronavirus is spreading too rapidly and too broadly for the U.S. to bring it under control, Dr. Anne Schuchat, principal deputy director of the Centers for Disease Control and Prevention, said Monday.
The U.S. has set records for daily new infections in recent days as outbreaks surge mostly across the South and West. The recent spike in new cases has outpaced daily infections in April when the virus rocked Washington state and the northeast, and when public officials thought the outbreak was hitting its peak in the U.S.
“We’re not in the situation of New Zealand or Singapore or Korea where a new case is rapidly identified and all the contacts are traced and people are isolated who are sick and people who are exposed are quarantined and they can keep things under control,” she said in an interview with The Journal of the American Medical Association’s Dr. Howard Bauchner. “We have way too much virus across the country for that right now, so it’s very discouraging.”  Read more >>
Posted by Anthony Derek Catalano at 8:57 AM