Carnival is selling 6 cruise ships after a $4.4 billion loss, a sign of the industry's bleak future in the coronavirus pandemic 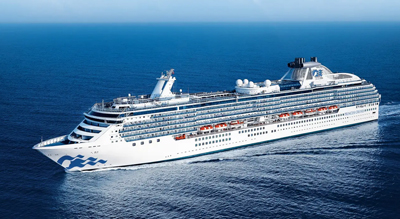 The Coral Princess, part of Carnival Cruises' Princess Cruise line. Princess Cruises
Carnival is planning to sell 6 of its cruise ships after reporting a loss of $4.4 billion in the second quarter of 2020, as the coronavirus crisis continues to hammer the cruise industry.
The company, which includes major cruise lines such as Cunard, P&O and Princess Cruises, reported on Thursday that it was "accelerating" planned sales of the ships.
It reported a massive drop its its revenues in the three-month period to May 31, taking in $700 million, a fraction of its $4.8 billion revenues for the same period in 2019, The Guardian reported.
The company said it was "unable to definitively predict" when cruises will back to normal, making it impossible to make an earnings forecast.  Read more >>
Posted by Anthony Derek Catalano at 7:03 AM