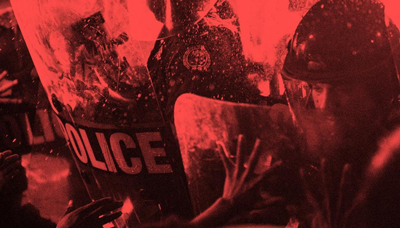 By Rob Picheta and Henrik Pettersson, CNN
(CNN) - Enough.
That's the message from many of the protesters who have filled American cities for nearly two weeks, demanding justice for the death of George Floyd and seeking to end a litany of police killings of black Americans.
The protests have rippled across the United States and throughout the world, with activists streaming through the streets of many capital cities in solidarity with the movement.
Floyd was just one of the many Americans killed by police officers each year. But in other developed countries, such incidents are rare.
Statistical comparisons show that police in the US typically shoot, arrest and imprison more people than similarly developed nations.  Read more >>
Posted by Anthony Derek Catalano at 4:35 AM