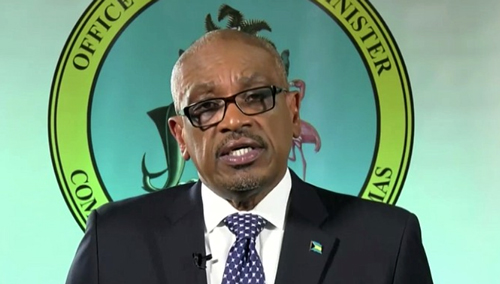 GOVERNMENT officials are considering resuming commercial travel in the country “on or before” July 1, Prime Minister Dr Hubert Minnis announced yesterday as he revealed the government’s long-awaited plans to “gradually” resume domestic travel.

Dr Minnis also announced the implementation of a COVID-19 travel card that will facilitate domestic travel. People can begin registering for this card, which requires a doctor’s examination, on Wednesday. He made the revelations during a national address after announcing no new COVID-19 cases in the country for the fourth consecutive day.

Noting that the country is continuing to make progress against the COVID-19 threat, Dr Minnis said officials have already begun implementing components of phase 2 of his administration’s phased plan for re-opening.

However, he said numerous factors will influence when the country will move on to the fifth and final stage, which will allow the country to re-open its borders and resume international travel and tourism operations.  Read more >>
Posted by Anthony Derek Catalano at 5:09 AM