More than 40% of Republicans think Bill Gates will use COVID-19 vaccine to implant microchips, survey says

A survey from Yahoo News and YouGov finds that the conspiracy theory is popular among Fox News viewers, Republicans and Trump voters. 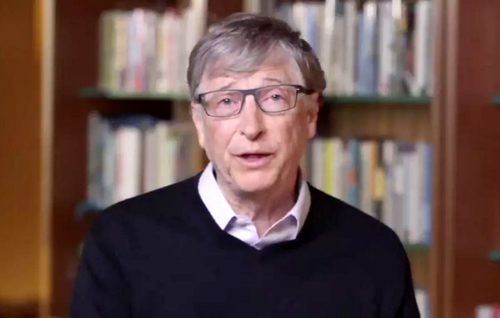 Microsoft co-founder Bill Gates' increased media presence lately has made him the target of conspiracy theories.

Fighting misinformation and conspiracy theories about the novel coronavirus has almost been as hard as battling the pandemic itself. And a new survey has found that one conspiracy theory about Microsoft co-founder Bill Gates is taking hold.

A conspiracy theory that Gates is planning to use a future COVID-19 vaccine to implant microchips in billions of people in order to monitor their movements has gained supporters particularly among Fox News viewers and Republicans, the survey found.

The representative survey of 1,640 US adults by YouGov for Yahoo News found that half of respondent Americans who say Fox News is their primary television news source believe the conspiracy theory. It's the largest group responding this way, followed by self-described Republicans and "Voted for Donald Trump in 2016" -- 44% of both those groups said they believed the conspiracy theory was true. Twenty-six percent of respondent Republicans said it was false, and 31% said they weren't sure.  Read more >>
Posted by Anthony Derek Catalano at 8:02 AM