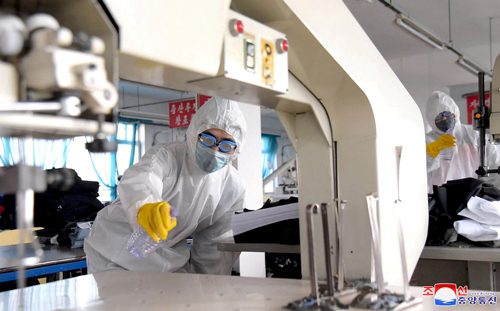 Volunteers carry out disinfection work during an anti-virus campaign in Pyongyang Credit: Reuters

A defector who served as a senior official in the North Korean government has dismissed Pyongyang’s claims that the nation remains free of the coronavirus and warned that it could kill as many people as the four-year famine of the mid-1990s.

In an interview for the US-based Committee for Human Rights in North Korea, Kim Myong said around 3 million people are believed to have died in the famine - known as the Arduous March - which was a consequence of a series of natural disasters compounded by economic mismanagement and the collapse of the food distribution system.

And he warns that Kim Jong-un, the North Korean dictator, cares little that the nation is on the brink of another humanitarian disaster....  Read more >>
Posted by Anthony Derek Catalano at 6:03 AM