No definite date to reopen schools 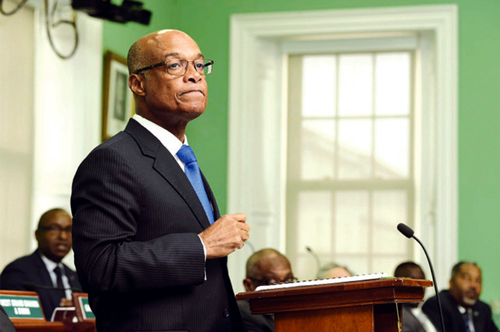 “It will be impossible for schools to reopen on April 14,” said Minister of Education Jeffrey Lloyd.

Lloyd was speaking in the House of Assembly on Monday, April 6, following Prime Minister Dr. Hubert Minnis’ announcement of further ‘Emergency Orders’ mandated to stop the spread of the COVID-19 virus in the country.

Dr. Minnis in a national address back in March announced that schools throughout The Bahamas would be closed from March 16 to April 14.

However, the prime minister imposed a second nationwide complete lockdown beginning Wednesday, April 8 to Tuesday, April 14, the date set for schools to reopen.

"Many have called asking about the reopening of schools.

Mr. Speaker, as the PM just announced, this curfew and intermittent lockdowns will continue until the end of April, 2020.

"Therefore, schools will not reopen until certainly after that, but not until the competent authority – the prime minister – gives the order to do so," said the Education Minister.  Read more >>
Posted by Anthony Derek Catalano at 1:01 PM