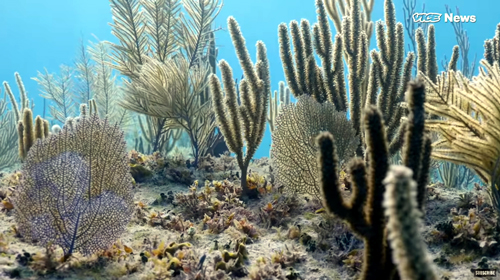 They were headed for success. Then Hurricane Dorian hit.

The year 2019 started off pretty great for Sam Teicher and Gator Halpern. They’d been listed on the Forbes 30 under 30 and won a UN Young Champions of the Earth Prize. Their groundbreaking idea, a commercial farm for climate-change-resistant super-coral, was attracting excitement and, more importantly, cash from a community of investors who were eager to get into the emerging business of coral reef restoration.

“We were in a really exciting spot. We had all the tanks flowing. We were growing 24 different species of coral,” Halpern said. “We were getting close to out-planting those corals.”

Using a technique known as accelerated evolution, which involves increasing heat and acidity in the growing tanks so only the strongest corals survive, Sam and Gator were priming their crop for life in the rapidly-changing ocean. The survivors were supposed to be planted out to repopulate Grand Bahama’s dying reef.