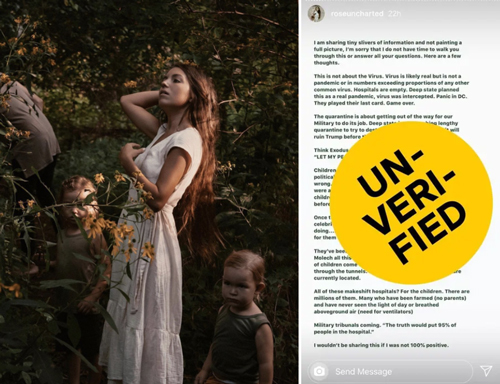 As if things aren't bad enough right now, some lifestyle and parenting bloggers are now spreading completely baseless conspiracy theories about the coronavirus pandemic to their tens of thousands of followers on Instagram.

The influencers are seamlessly weaving in evidence-free far-right conspiracy theories that are usually found in the significantly less Instagrammable parts of the internet, such as 4 and 8-chan, in between their usual idyllic family snaps.

It's unclear if these influencers believe some of the theories spouted by QAnon supporters, or where exactly they are getting their information. But they are sharing some of the unfounded conspiracies, or some people who are posting about them, on their feeds.

None of the people mentioned in this article responded when asked if they believe QAnon conspiracy theories.  Read more >>
Posted by Anthony Derek Catalano at 10:06 AM