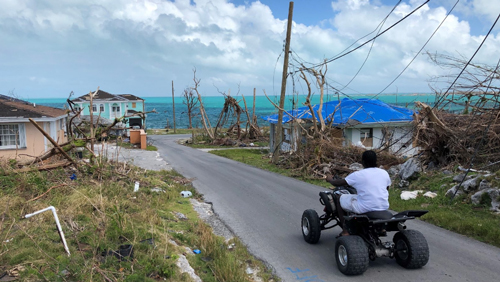 Hurricane forecasters and the models they depend on failed to anticipate the strength and impact of last year's deadliest storm. Hurricane Dorian caused catastrophic damage to islands in the Northern Bahamas, killing more than 200 people and causing billions of dollars in damage.

A new report from the National Hurricane Center studied the storm's formation and development and how well meteorologists did predicting its track and intensity. The verdict? Meteorologists did not do a good job predicting Dorian's formation. Dorian began as a small disturbance in an area in the Caribbean with dry air, which tends to suppress hurricane formation. The European computer model, the one that's been most reliable in recent years, failed to predict its formation. Another model, the GFS, predicted it would form much further east.  Read more >>
Posted by Anthony Derek Catalano at 6:40 AM