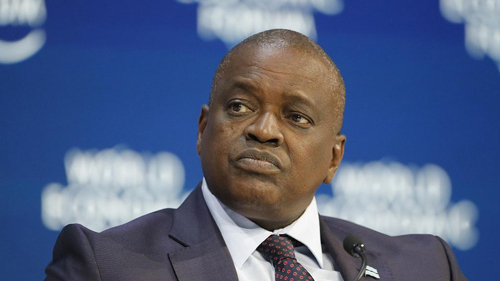 Barely 24 hours after government announced that all lawmakers were supposed to observe a period of quarantine for COVID-19, the Director of Health Services at the Ministry of Health and Wellness, says a number of MPs are to be put under government supervised quarantine.

Dr Malaki Tshipayagae said the MPs in question had breached home quarantine after a number of them were seen shopping in supermarkets. He did not specify how many of the 65 members were affected by the new measures. The MPs are said to have been exposed to a health worker who was in attendance during a recent session.

A government statement read in part: “It has since come to my attention that some Members of Parliament have breached their quarantine rules by going to supermarkets thus spreading the risk.

“This is regrettable and the public is informed that the MPs have been removed from home quarantine and will be quarantined under government supervised quarantine.  Read more >>
Posted by Anthony Derek Catalano at 5:29 AM