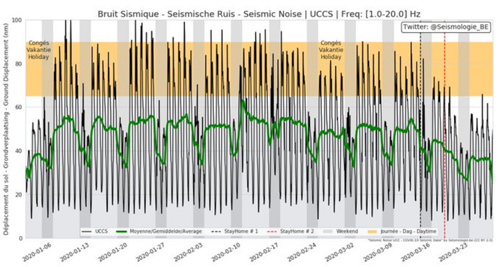 About four billion people — roughly half the world's population — have reportedly been told to isolate themselves in their homes to prevent the spread of the coronavirus. And the major decrease in the hum of normal human activity has led to a surprising shift in Earth's vibrations.

Researchers who study the Earth's movement said the mandatory shutdown of transportation systems, businesses and other human activities has correlated with the planet shaking noticeably less than usual. A drop in seismic noise — the vibrations in the planet's crust — is giving scientists the rare chance to monitor small earthquakes, volcanic activity and other subtle tremors that are usually drowned out by the everyday movement of humans.  Read more >>
Posted by Anthony Derek Catalano at 5:14 AM