'That's when all hell broke loose': Coronavirus patients start to overwhelm US hospitals 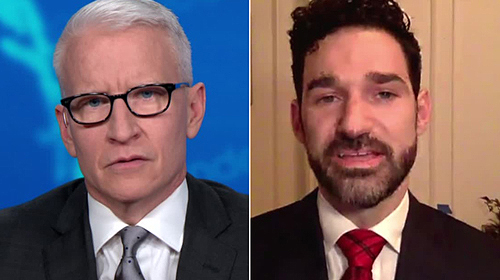 (CNN)"We ended up getting our first positive patients -- and that's when all hell broke loose," said one New York City doctor.

The doctor, who spoke to CNN on condition of anonymity out of concern for his job, described a hospital that was woefully unprepared for an influx of Covid-19 patients that started roughly two weeks ago -- which has already stretched the hospital's resources thin and led to severely ill patients outnumbering ventilators.

"To think that we're in New York City and this is happening," he added. "It's like a third-world country type of scenario. It's mind-blowing."  Read more >>
Posted by Anthony Derek Catalano at 4:43 AM