Commissioner: You Should Call 311 Before Leaving Home In Curfew 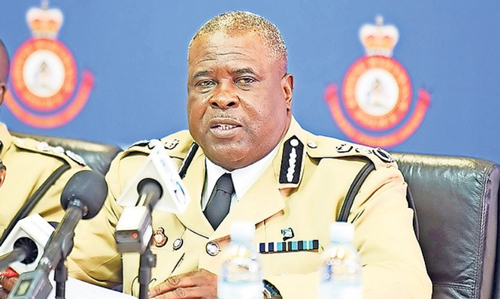 POLICE Commissioner Anthony Ferguson wants Bahamians to call 311 before leaving their homes during the 24-hour curfew that began today.

Failing to do so may get you stopped and turned around, he told The Tribune Tuesday morning.

He insisted that residents, regardless of socioeconomic backgrounds and neighbourhoods, will be treated equally during the curfew and said he would be “disappointed” if officers let biases influence their willingness to grant people’s requests.

“Nobody will be disadvantaged with any of their requests. We try to deal with everybody fairly, no this for that one and that for the next,” he said.

Mr Ferguson said the 311 number has 12 lines and can handle the anticipated surge in calls.  Read more >>
Posted by Anthony Derek Catalano at 7:20 AM