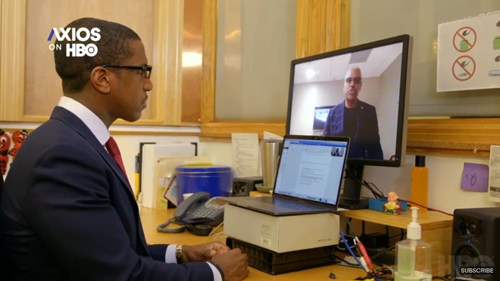 Carnival Corp. CEO Arnold Donald insisted in an "Axios on HBO" interview that his company did the right thing when it came to shutting down cruises earlier this month, despite criticism from some health experts who say it should have happened sooner.

Why it matters: Carnival has generated controversy for continuing to sail cruise ships after a CDC recommendation that all Americans defer cruise travel. Its Diamond Princess cruise ship, which was carrying hundreds of infected passengers, was held at sea for weeks before finally being able to dock in early March.  Read more >>
Posted by Anthony Derek Catalano at 6:20 AM