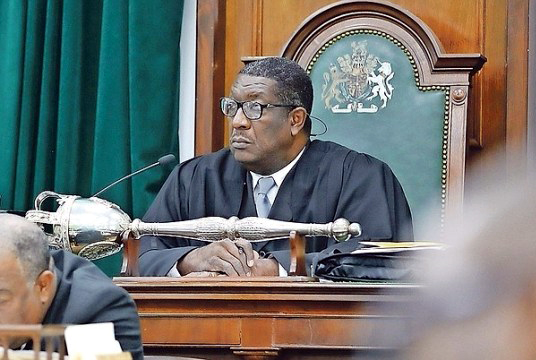 NASSAU, BAHAMAS – Speaker of the House of Assembly Halson Moultrie has restricted all live streaming of the parliamentary proceedings to the Broadcasting Corporation of The Bahamas through the Parliamentary Channel.

Moultrie said the reason for this measure is because there have been “issues with respect to the manipulation of parliamentary broadcasts”.

Just before the House began the supplementary budget debate on Thursday, Moultrie said he received a letter from Opposition Leader Philip Davis requesting that he be allowed to live stream his presentation during the debate – which Moultrie agreed to.  Read more >>
Posted by Anthony Derek Catalano at 6:28 AM